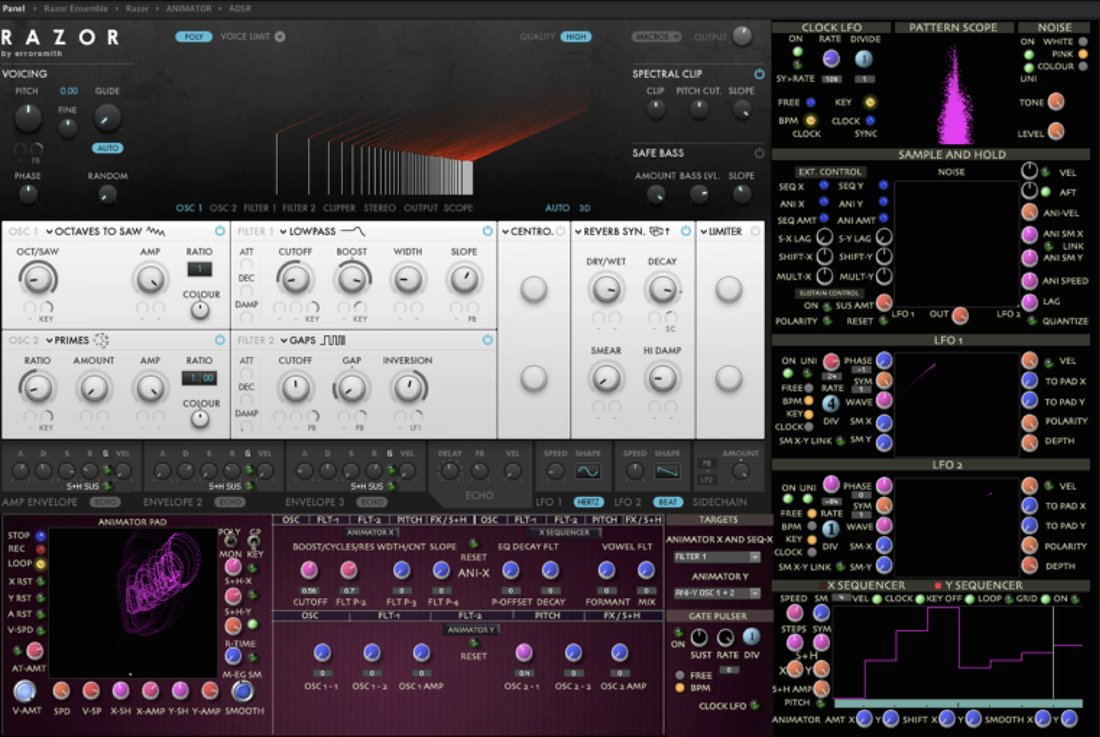 
Note: Existing owners will be contacted regarding this free update.

Tutorial on the Animator Pad

Jan L:
Razor X is an innovative, great sounding instrument with plenty of great presets. I would definitely recommend it.

Gunther D:
Thumbs up for Razor-X
This addition is a great example of what is possible with NI Razor and the open concept of NI Reaktor. For the ones who like moving sounds and rhythmic modulation, this is a must have. Single notes can be modulated individually, which makes the sound of a single preset sounds sometimes like 2 instruments. Definitely recommended!

Clay C:
Great expander for NI RAZOR!
So much inventiveness here…truly creative presets along the lines of fantastic and fantasy without all the pretense. a very useful palette of sounds…. thanks to the creator of this unique package!

Scott K:
Fantastic addition to one of My Favorite VSTs
Just a killer add-on to Razor. The ability to make new sounds and moving soundscapes is incredible! Very well conceived and executed

Dwight D:
That sound “A Cool Groove” is insane. What great additions you have made!